When Is a Bad Time to Change Jobs?

Changing jobs can bring a wave of ecstasy. We’re talking higher pay, a new workplace environment, and an opportunity for career growth. However, it can also cause things to spiral out of control if you change at a poor time.

Try to avoid switching jobs during a recession, or when you’re about to partake in a significant life-changing event (like getting married), as well as before going on a big vacation and when you’re looking for higher pay but have a habit of changing jobs too often.

We’ll explain why in detail below.

This tip may sound like a no-brainer, but it’s one of the most common mistakes made by young people who are trying to find a higher-paying job during a time of economic instability.

A recession occurs when economic productivity is rapidly declining. This may be due to a decrease in consumer demand, political instability, or another factor beyond our individual control. Whatever the reason, though, recessions often bring a wave of unemployment with them, which implies that employers are removing members from their existing staff.

Recessions increase your chances of losing your current job and make it challenging to secure a new one because most firms are looking to let people off rather than hire them.

So, if you’re employed within a recession, consider yourself lucky and don’t quit – most people would give anything to be in your shoes!

If you’re absolutely adamant about switching jobs, we recommend you do so after the economy picks up again. Recessions are typically followed by opportunities for economic growth, which means that firms will be actively looking for new hires to boost their productivity, ultimately increasing your chances of securing a job you like.

Securing a new job is best done during these recovery periods. Following the recession caused by the pandemic, there is sure to be a fast increase in job opportunities for those looking to mix it up. If you find yourself looking for a new position, book a call with one of our team to discuss your best options moving forward. 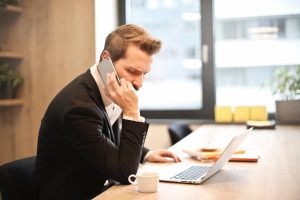 Before a Major Life Event

If you’re about to get married, give birth to or adopt a child, move into a new home, or participate in any other life-altering event, we strongly recommend you stick with your job, even if you don’t particularly enjoy it.

Of course, this doesn’t mean you’ll need to stay in the same job forever. Feel free to look for new opportunities, but only do so once you’ve settled into a healthy new routine after the significant life milestone has been achieved.

This could take weeks or even months. It depends on the type of milestone you’ll be crossing and how demanding it is.

Also, remember that these major life events often require significant financial support. So, even if you’ve got a healthy amount of savings in the bank, it’s always safer to know that you’ve got a steady income backing you up.

Before Going on a Big Vacation

While it can be tempting to quit your job right before leaving for a big vacation, we strongly advise against it.

If you’re looking to switch jobs, it’s wiser to cash in your current job’s paid vacation leave and change to a new one after you’re back in town. Not only will this allow you to reap the benefit of getting more days off, but it will also allow you to feel secure knowing that you have a stable job to come home to, just in case things go sideways when you’re out of the station. 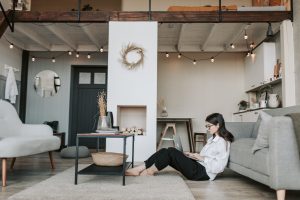 When You’re in a Crunch for Money

Switching from one job to another for the sake of making more money isn’t a bad idea, but it can backfire if you’re not careful.

Employers look at job commitment and reliability before hiring job seekers. So, suppose your resume displays a record of you repeatedly quitting one job after the next solely for the sake of money. In that case, you’ll have a tough time getting long-term jobs in the future.

Employers want to know you’ll stay committed to your job and are in it for the long run. Short-term employees are seen as undependable, making them an unbecoming candidate when competing against job seekers who have displayed higher levels of commitment in the past.

It’s better to have a word with your current employer about raising your pay before you consider quitting. However, if you feel like you’re being exploited and underpaid, feel free to switch jobs.

Just remember not to switch from one office to another too often. Give yourself at least two years within a job position before considering a new one, or else it’ll reflect poorly on your resume.

Quitting your job is alright, but it needs to be done with care and at the right time, or else you could find yourself in an awkward situation. Remember, don’t quit your job during a recession, before a major life event, when you’re going on vacation, or looking for higher pay without consulting your current employer about it. To ensure financial and mental security, it is often a good strategy to ensure you have another position to move into before quitting your current role.

Feeling a bit lost in your job? Read more to find out whether your career is on track.

Author: Alex Cole is a Specialist Building Services Recruiter with Responsum. He’s always interested in networking with Building Service professionals. He loves talking football, is hoping to get on the property ladder soon, and visits Tenerife every year!