Even if you land your dream job, a lousy boss or company can ruin the entire experience. If you don’t get along with your boss and the company environment, it can be very difficult for you to excel. It can lead to burnout, high levels of emotional stress and can even cause you to take a step back in your career. 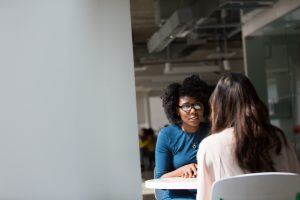 However, by identifying the signs of a bad boss early in an interview, you can avoid a lot of trouble. Here are some of the sure-shot signs you need to pay attention to so you can easily identify a bad boss.

One of the easiest ways to identify whether your potential boss isn’t going to be a very agreeable person to work with is by judging body language. However, it can be challenging to judge bad body language without knowing what to observe.

Body language can say a lot about a person and can showcase how they treat others and how they’ll treat you in the future. For example, if the boss looks disengaged during the interview and isn’t making eye contact, it showcases a clear lack of interest.

These could be clear indicators that the boss doesn’t pay employees a lot of attention or give them credit.

Another key body language cue that you should focus on is intimidation tactics. If they’re directing hand gestures towards you or are trying to look down, it’s a clear test of your resilience.

It’s can mean that they are the type of boss that tries to rule with the power of fear.

Most people generally believe that they are supposed to do everything they can to get a job. That’s why they often ignore some sure-shot signs of disrespectful behaviour. For example, if the boss comes into work late or doesn’t apologise for starting the interview late, these are all indicators that you won’t enjoy working with your boss.

What They Say About Others

When you’re in an interview, it’s a natural setting for stories and accounts of stuff. However, if a boss sounds dismissive of other employees and doesn’t use the best words to describe them, it showcases a lack of respect within the organisation. In an environment where there’s a clear lack of respect, it can be very challenging for you to grow and further your career.

If you feel like the person taking your interview doesn’t respect the other employees there, it’s a good idea to ask a few questions. Ask how they view themselves within the organisation and what are the most significant challenges. If they start blaming others during the answer, it’s a clear indication that they’re a bad boss who will not take responsibility. 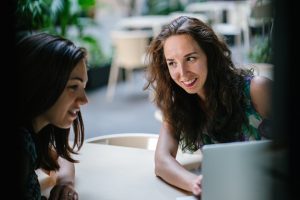 The enthusiasm level that the boss displays in the interview is a clear indicator of the moral levels in the organisation. Of course, everyone can have a bad day, but you shouldn’t ignore your feelings during the interview.

If you start feeling down during the interview and disengaged, it’s a major hint that most employees in the organisation will be low on morale. Additionally, it could also be an indicator of the organisation’s hiring process.

Without trying to sound completely cynical, if your interviewer is being too friendly, then it might not be a good sign either. An overly friendly boss during an interview can be a sign that they’re overcompensating for something. While you should generally feel positive about a job interview, if it’s the only emotion you experience, that might be a reason to worry.

Always remember that if something feels like it’s too good to be true, then there is chance that it could be. So instead of just making you feel positive, an interview should also challenge and motivate you to be better.

By effectively recognising the signs that could indicate a bad boss, you can save yourself from the trouble of working in a job that won’t do anything for your career. Always trust your gut instinct when it comes to an interview. That way, you’ll be able to identify a toxic company or boss.

Alex Cole is a Specialist Building Services Recruiter with Responsum. He’s always interested in networking with Building Service professionals. He loves talking football, is hoping to get on the property ladder soon, and visits Tenerife every year!